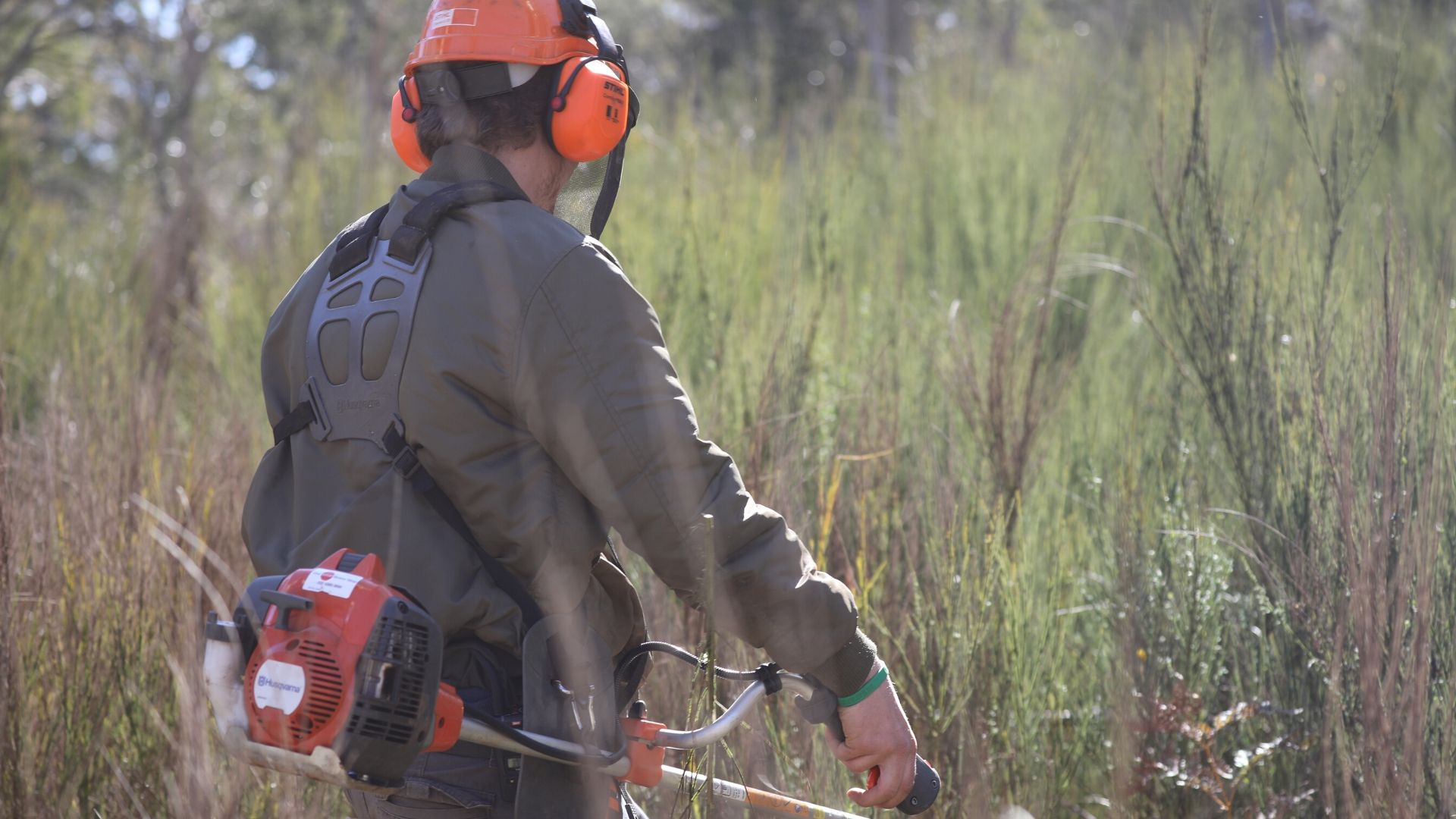 Scotch broom (Cytisus scoparius) is present in the Barrington region, and is considered a noxious weed in NSW. The plant out-competes most native species and excludes native grasses and shrubs. This has significant impact on native fauna who rely on natural vegetation communities for food and habitat. Scotch broom was introduced to Australia from Europe and thrives in conditions like the Barrington Tops where the temperature is cooler. It poses a number of threats including; increased fire risk because of the dense thickets it forms, providing shelter for feral species such as pigs and foxes and altering the nitrogen levels in soil which can harm the ecosystem. Scotch broom is prolific on the Aussie Ark site and surrounding properties, and poses an extreme risk to local vegetation and fauna species. Also present are the small dwarf stinging nettle (Urticas urens) and nodding thistle (Carduus nutans) which although are not as impactful as Scotch broom, also are considered noxious weeds in the region.

To achieve the goal of bringing the World Heritage Area of the Barrington Tops back to its pre-European settlement state, Aussie Ark is working with the Hunter Weed Authority to eradicate the weed.

“Aussie Ark’s aim is to bring the bush back to what it was and see our native flora and fauna thrive once again. We’re using a multi-faceted approach that is labour intensive, but has the best chance of success. It involves using fire, herbicide spraying and the cut and painting method.” Aussie Ark Curator, Hayley Shute

In preparation for its opening, Aussie Ark staff removed over 50 hectares of Scotch broom from the Barrington Wildlife Sanctuary.