Posted at 08:21h in Species by Craig Clark 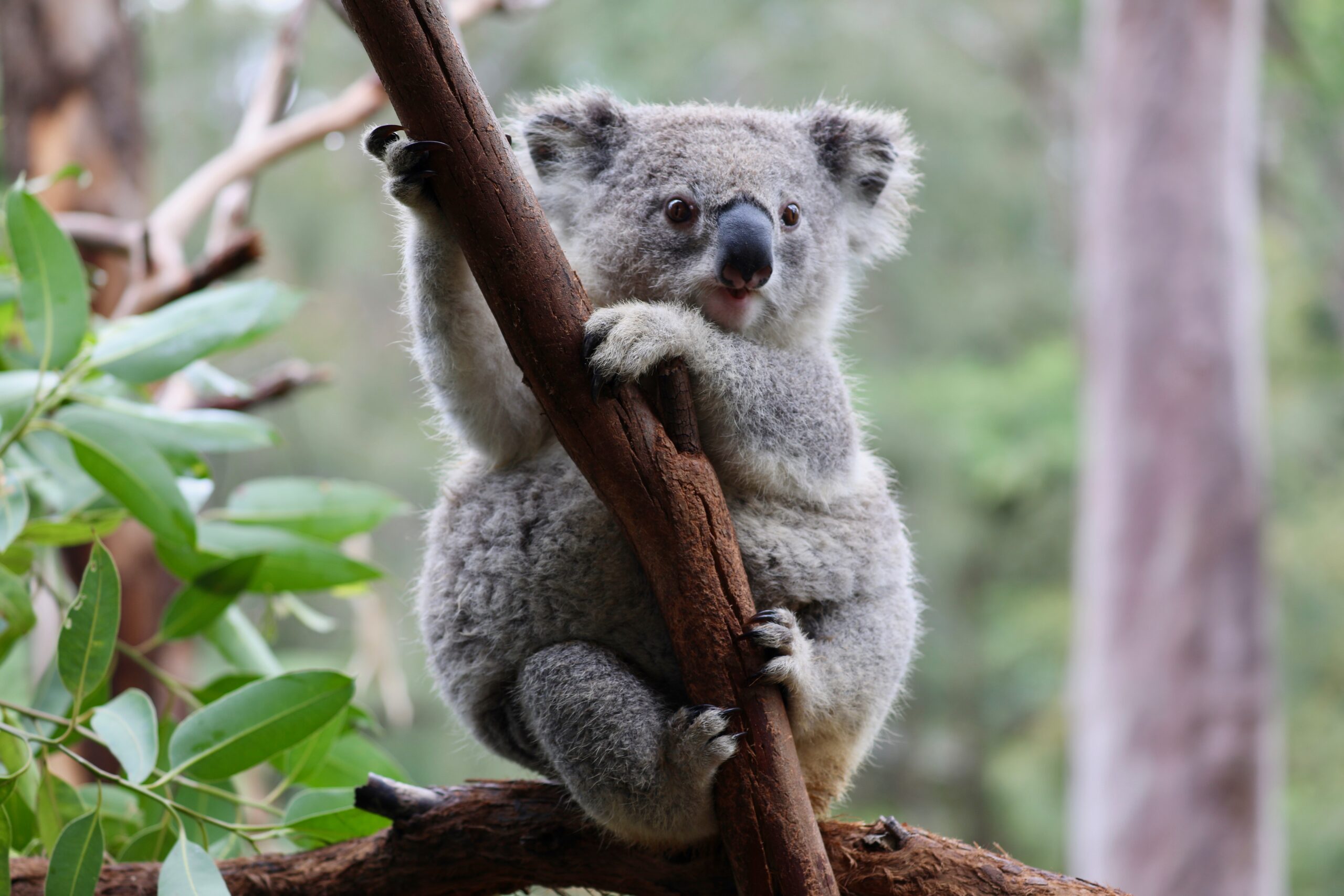 Koalas are short and stocky marsupials with dense, woolly fur which is light grey in the Northern part of the range and brownish-grey in the South. Their underside is white, while their large flat nose is black. Northern animals are also much smaller than their Victorian equivalents, males of which may reach over 80cm in length and weigh 14kg. Koalas have very sharp claws, which are excellent for climbing and can be used in defence.

Because of their limited diet, the Koala is only found in the Eucalypt forests of Eastern Queensland, New South Wales and Victoria, as well as the far Southeastern part of South Australia. They move around regularly, travelling between favourite food trees. They do not make any type of nest or shelter. Koalas are mainly nocturnal animals and spend the day asleep in the fork of trees. They are solitary animals and will aggressively protect their individual territories. Fights can be extremely violent with opponents vigorously scratching and biting each other.

The species is endemic to Australia, most specifically in Southeastern and Eastern Australia. Koala are found in Eucalypt forests and woodlands in the states of Queensland, New South Wales, South Australia and Victoria.

Koalas have an exclusive diet of eucalyptus leaves and their digestive tract is specifically designed to cope not only with the low nutrition-high fibre characteristics of the foliage but also the toxic compounds that are contained in the leaves. They do not eat all eucalypt species. Of the many hundreds of species, Koalas only eat around 40 on a regular basis and in any given area usually three or four species comprise the bulk of the diet. The word Koala is Aboriginal for ‘no drink’. However, although they find most of their moisture requirements in their diet, they will occasionally drink from standing water. 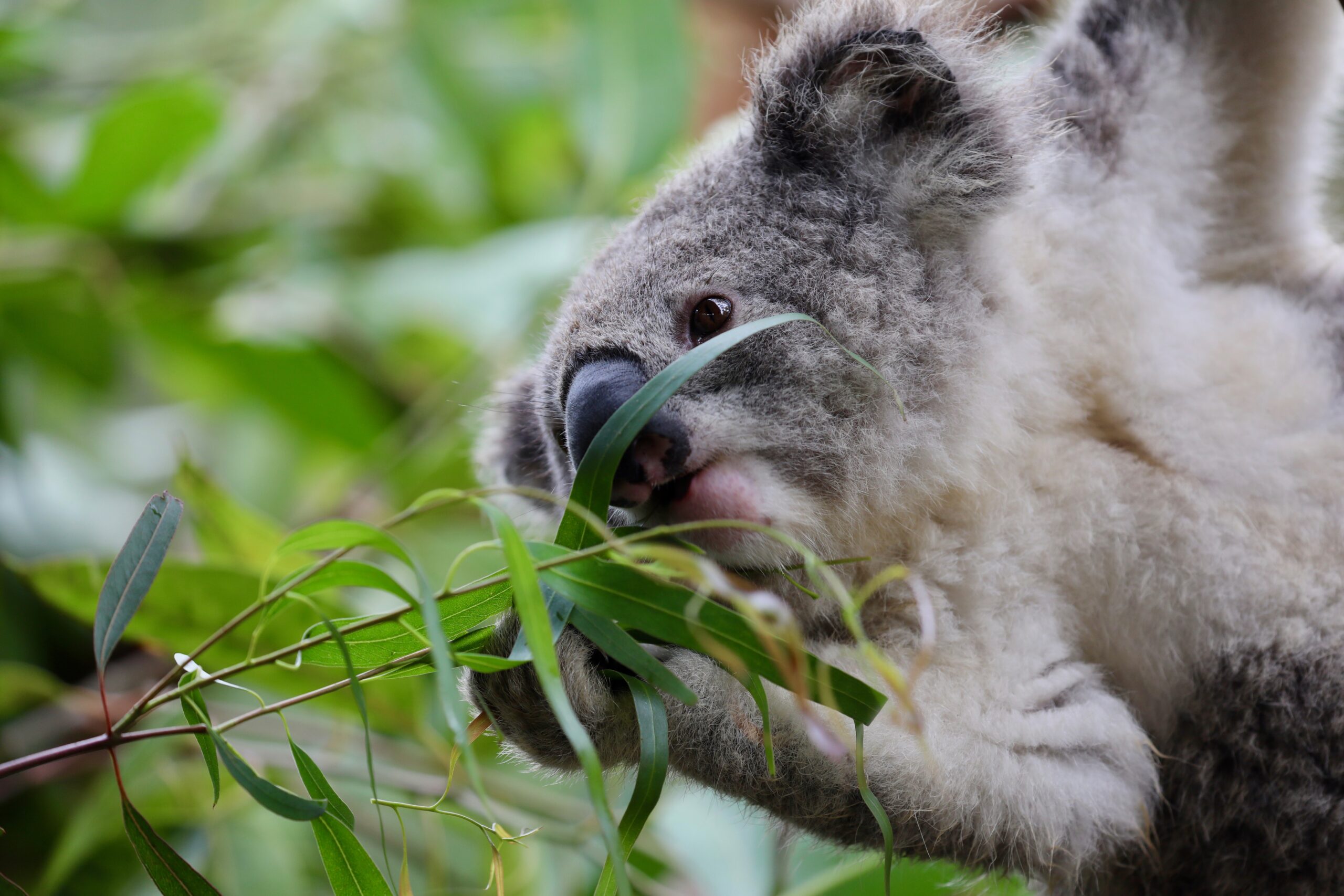 Most Koala matings occur between the months of October and January. After a gestation period of around 35 days, the jelly bean-sized baby climbs up into the mother’s backward-facing pouch and attaches to a teat. The joeys stay in their mother’s pouch for about six months, then the baby climbs onto their mothers back and rides around in safety for a further six months gradually learning to eat their leafy diet. They reach sexual maturity at the age of three or four years and live for 16-18 years in captivity but probably much less in the wild.

Although Koalas are still reasonably common in some areas, they face many problems including habitat destruction, disease and introduced predators. Many Koalas die from bacterial infections, particularly Chlamydia, mainly due to stress caused by the formation of high-density populations from habitat loss. Infections often cause eye diseases such as conjunctivitis which may lead to blindness if left untreated.