Posted at 10:07h in Species by Craig Clark 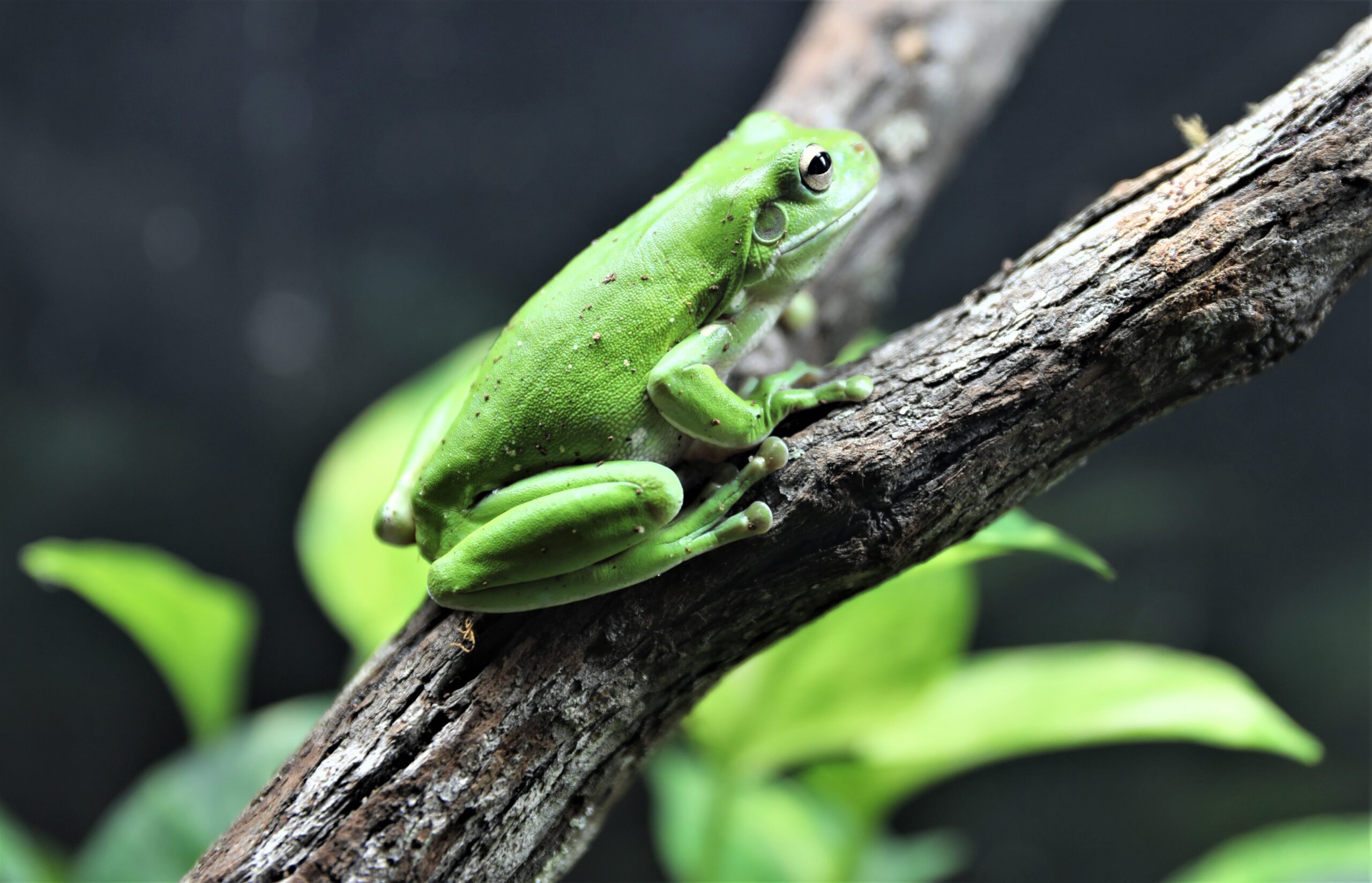 A large species of frog reaching up to 11 cm in body length. It has a green back, sometimes with several small white spots. The belly is white. The pupil is horizontal, and the iris is gold. Fingers and toes are three-quarters webbed, both with large discs. Inland NSW individuals can have a blue green back, and some northern populations have yellow on the fingers, toes, webbing, and under surfaces of the arms and legs.

They prefer cool dark places; Green Tree Frogs live in urban areas, forests, woodlands, wetlands, and heath. They have a habit of taking up residence in and around suburban houses, in drainpipes, water tanks, letterboxes and even toilet bowls.

The Green Tree Frog population, like many frogs, has also suffered a decline over recent years. Frog experts are reporting that they have almost disappeared from the Sydney basin; it may even be listed soon as an endangered species in the Sydney bioregion. The main danger to the green tree Frog is the destruction of its habitat through wetland clearance and drainage, as well as chemical use.

The tree frog’s diet includes spiders, crickets, lizards, other frogs and cockroaches and, when in captivity, it will even eat small mice.

Eggs are laid in clusters that float on the surface of the water in flooded ditches and small temporary ponds. Tadpoles can reach a total length of up to nearly 7 cm and are dusky brown in colour. They swim throughout all levels of water bodies, and take at least one month to develop into frogs, although tadpoles in colder areas may take much longer. Breeds during spring and summer. 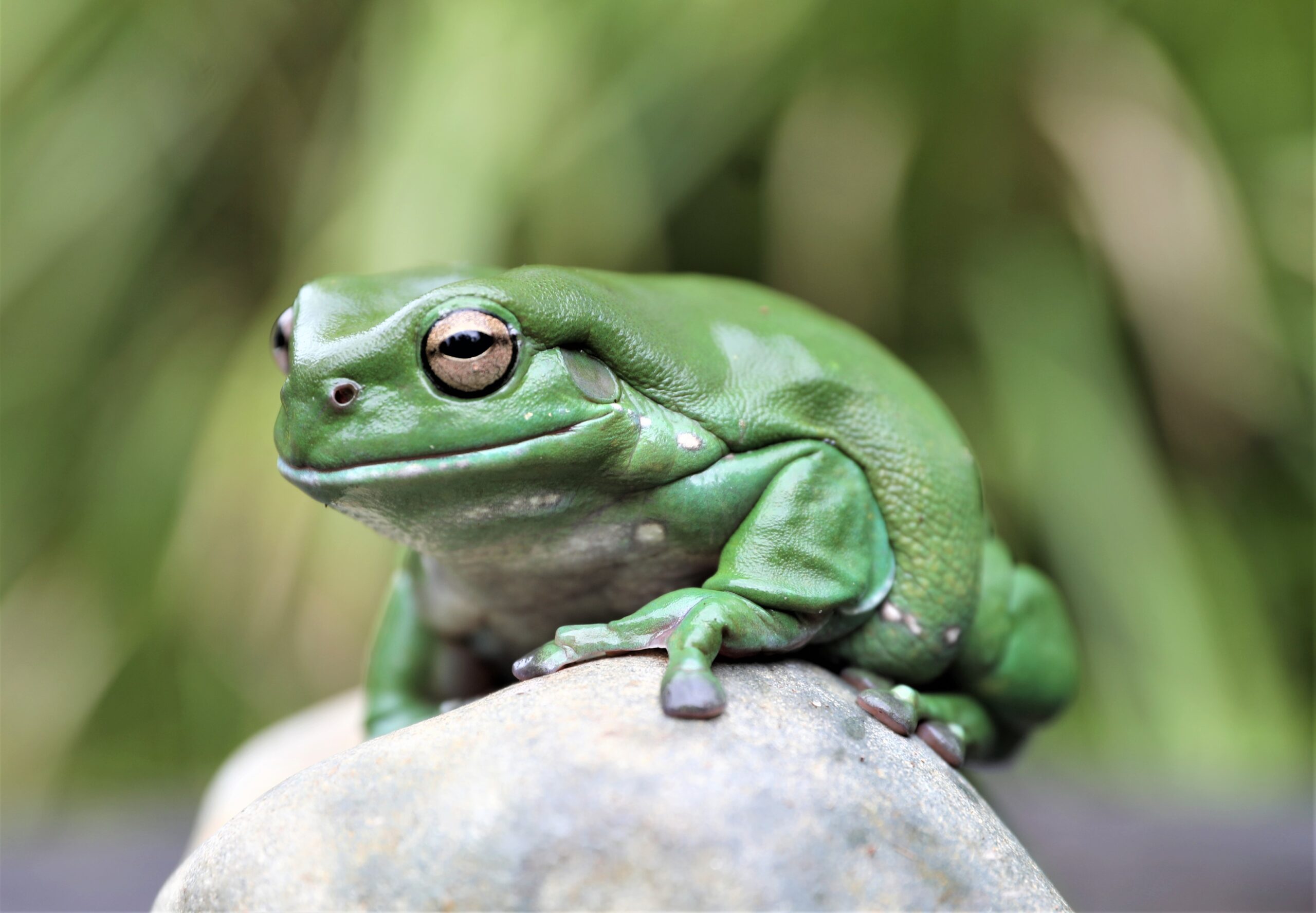 They were impacted during the 2019/ 20 bushfire disaster and like most Australian frog species also suffer from the impacts of feral predators, climate change and disease, such as Chytrid Fungus. Chytrid is a fungus that primarily affects the skin of a frog and can spread extremely quickly through an ecosystem, but also between ecosystems.

The green tree frog calls Conservation Ark home, which is a state-of-the-art breeding facility put in to house frog species and turtles at the Australian Reptile Park. Aussie Ark and the Australian Reptile Park will breed the frogs and house them as they develop into fully grown frogs, before releasing them back into streams and waterways in the wild. Beyond this, the organisations are taking part in projects that are looking at the cause and cure for Chytrid fungus.