Posted at 23:37h in Projects by Craig Clark 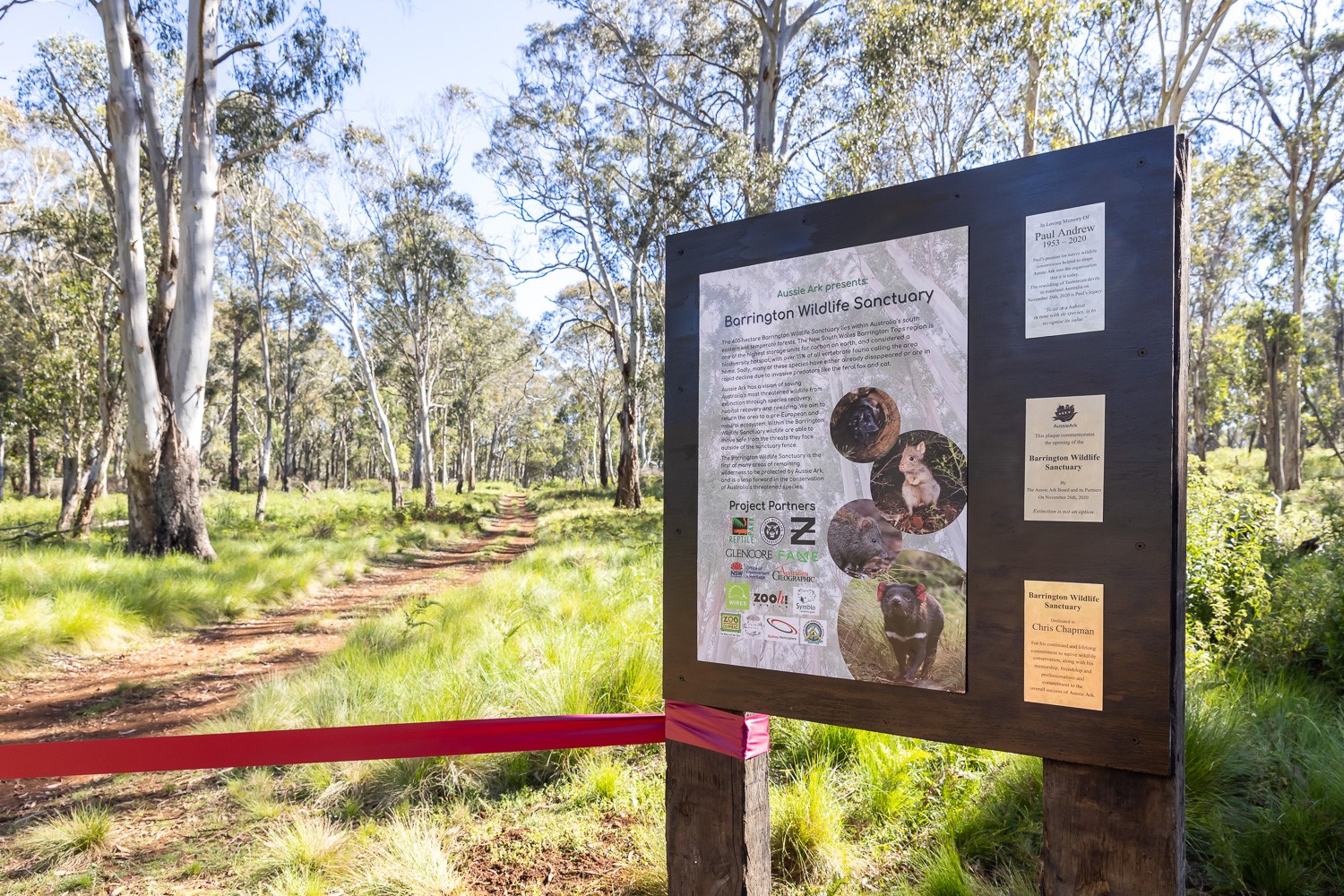 Conservation organisation Aussie Ark’s fight against Australia’s extinction crisis has led to the official opening of its 400Ha Barrington Wildlife Sanctuary. Aussie Ark President Tim Faulkner stood next to Aussie Ark staff, partners and Joe Thompson from the Department of Biodiversity and Conservation, to celebrate this milestone.

“The long-awaited moment has finally arrived! We are delighted to officially open our biggest sanctuary yet,” says Aussie Ark President Tim Faulkner. “Returning native species to an area they once roamed is an important part of what Aussie Ark stands for. We have a unique opportunity to rewild Australia – one we won’t pass up”

The Barrington Wildlife Sanctuary encloses 400 hectares of wilderness and is primarily made up of open forests and grasslands. Aussie Ark aims to protect and preserve the habitat within the sanctuary through the removal of noxious weeds, habitat augmentation and of course in the return of lost species.

The fencing of the Barrington Wildlife Sanctuary was completed as of November 2019, in addition to the removal of feral predators such as the cat and fox from its perimeters. Without the threat of introduced predators, Australian native species are given the opportunity to survive and thrive in an environment that was once theirs. Despite the sanctuary being officially opened as of November 2020, many animals have been released into it over the past year.

Aussie Ark has a vision of creating a long-term future for Australia’s threatened wildlife and aims of rewilding the Barrington Tops – returning a suit of missing mammals’ species back to the landscape.