Posted at 10:31h in Latest News by Craig Clark

Devils Winter Wonderland at Aussie Ark in the Barrington Tops

Snow has blanketed Aussie Ark creating a winter wonderland at the conservation organisation in the Barrington Tops, NSW.

The wildlife sanctuary is located 1,350m above sea-level, mimicking the Tasmanian landscape, meaning the Devils feel right at home. The smaller marsupials such as Rufous Bettongs and Southern Brown Bandicoot are snuggled up in burrows and nests.

Being the end of the Devil breeding season, the Tasmanian Devil joeys are making the most of the warmth in their mum’s pouches while they can.

“Aussie Ark is beautiful anytime of the year, but the snow adds a little extra magic to the landscape,” Aussie Ark Ranger Max Jackson said.

“All of our animals are used to this type of climate and have their natural ways of keeping warm in the snow. The Devils especially are loving it, running around and playing in the snow.”

Later this year Aussie Ark will open its first 400ha sanctuary, the public can donate this tax time to help the Ark achieve its goal.

Aussie Ark aims ensure our native wildlife has a long-term future and is home to eight species of endangered animals. It is the most successful captive breeding facility for the endangered Tasmanian devil on the mainland – starting out in 2011 with 44 founder animals; the facility now holds 52% of the mainland insurance population. 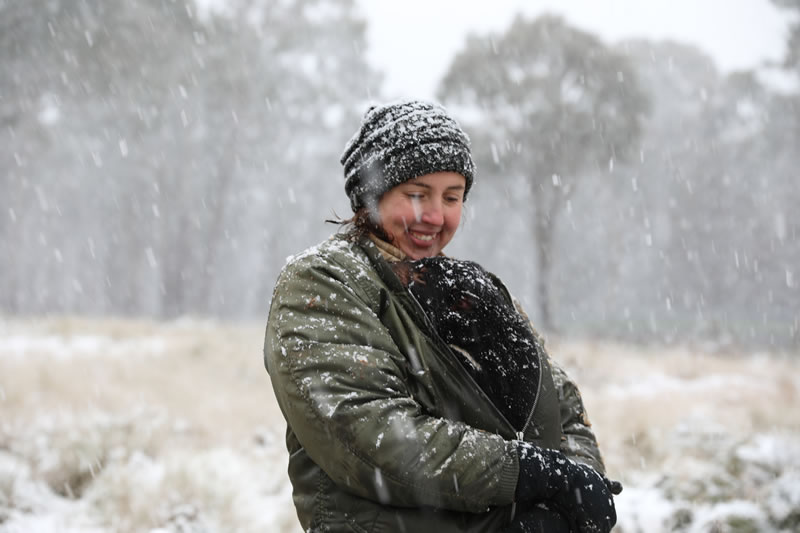