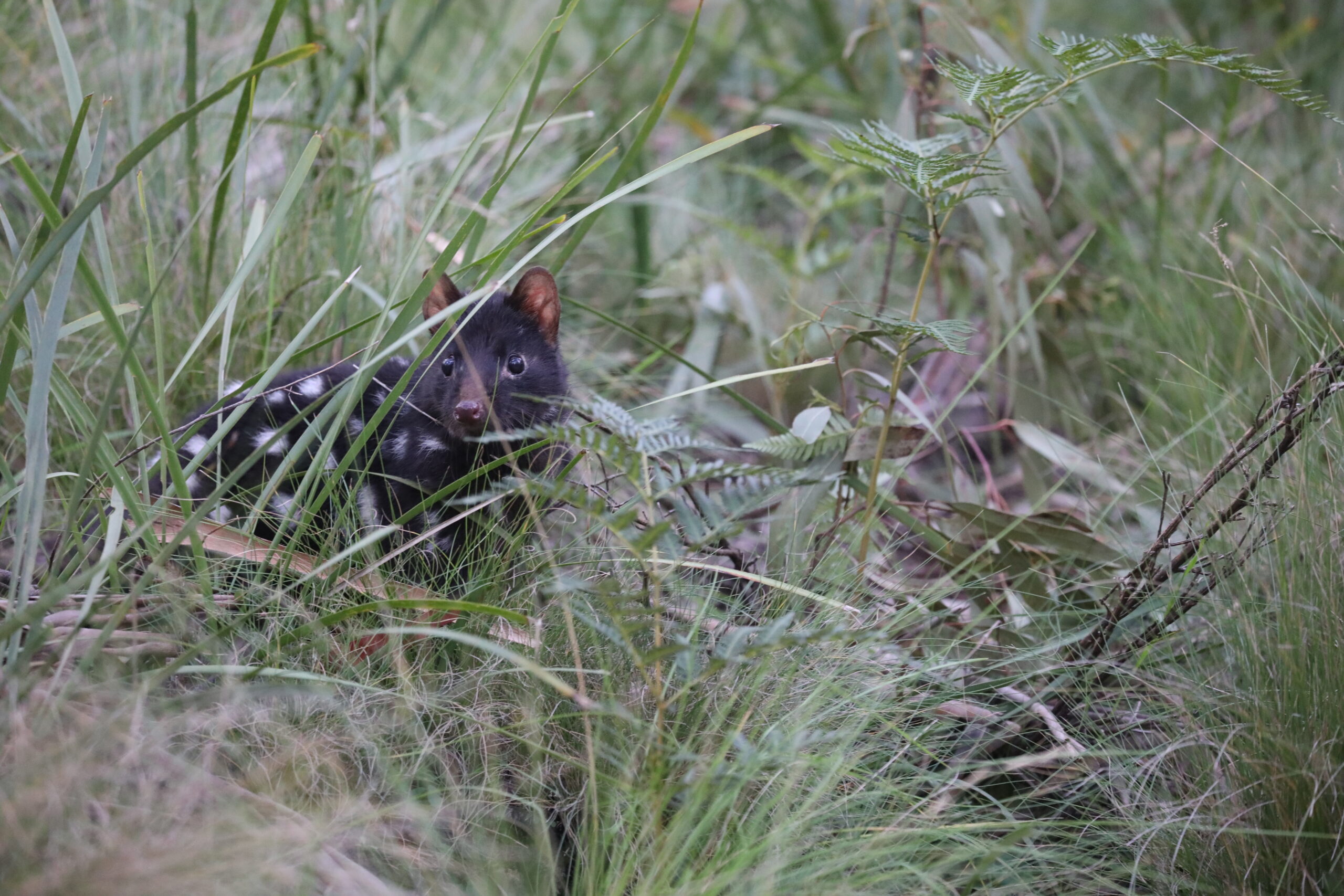 Posted at 15:53h in Projects by Craig Clark

Aussie Ark has announced that they have returned the extinct Eastern quoll to the Barrington Tops for the first time since its disappearance from mainland Australia in the 1960s. 28 Eastern quolls were released into the Barrington Wildlife Sanctuary, marking their return a historic moment in the conservation world.

The quolls are part of the organisation’s Eastern quoll breeding program. Through the program, Aussie Ark has successfully bred this vulnerable species in the Barrington Tops and now hold almost 90 individuals, a number that grows with every breeding season.

Aussie Ark’s President Tim Faulkner says of the release: “Our ultimate goal is to bolster the Eastern quoll species’ population and rewild the Barrington Tops. The release of these 28 individuals is a massive step in the right direction.”

Eastern quolls have been extinct on mainland Australia since the 1960s due to habitat fragmentation and predation from feral foxes, cats and domestic dogs. Aussie Ark’s fenced wild sanctuary provides refuge and healthy habitat, removed of feral predators.

These ideal conditions allow the species to thrive and therefore breed effectively. “By replicating the needed healthy and safe environment, I have hope of joeys being bred into our sanctuary” continues Mr Faulkner.

“These kinds of historic releases are the result of the impressive long-term vision and commitment of the Aussie Ark team,” said Don Church, president of Re:wild, who supported this release. “By strategically reintroducing the right species in the right habitats, Aussie Ark is leading the way on rewilding Australia, restoring the ecosystems to their original state. This benefits not only the quolls, the ecosystems in which they live, and Australia, but helps ensure a healthier planet for all life on Earth,” he continues.

Aussie Ark, with the support of partner organisations, like Re:wild, have the know-how and ability to change the fate of Australian wildlife. A wilder future is on the horizon for Australia with Aussie Ark.

You can help Aussie Ark ensure a future for the Eastern quoll population. You can support this vulnerable species by clicking here.