Posted at 10:47h in Projects by Craig Clark

Considered one of the most iconic species of Australian wildlife, the Koala is an arboreal folivorous marsupial known for its ash-grey fluffy fur. Koalas are slipping under the radar with populations in Southern Australia being healthy while half of some populations in Northern Australia have gone extinct. They have a broad range spanning 3,000kms and due to their large range, they are often viewed as a wholistic population. The northern half and subspecies in NSW and QLD have had catastrophic losses and are on the trajectory for extinction by 2050 at the current rate of decline.

This project will improve the species’ trajectory and create a safe haven, preventing extinction should the pattern of decline continue. While approximately 1,000 Koalas exist in captivity in Australia, due to poor genetics and disease risk, the captive population does not provide any level of support to the wild population. Rather, it is a critical vector for community to learn and engage with the species.

Due to the niche diet and habitat requirements of this species, as well as the large and varied threats they face in the wild, Koalas are in decline throughout most of their natural range. Their decline is mostly due to widespread habitat destruction, bushfire and disease. Land clearing resulting in habitat loss is the single biggest threat, reiterating the critical need for the protection of remnant habitat. The species also faces threats of habitat fragmentation due to a lack of habitat corridors, dog attack, and road strike. Over 80% of Koala habitat has been lost with the remaining 20% fragmented and vulnerable to intense bushfire which has an ability to decimate remaining populations within only days, as seen recently in the 2019-2020 NSW Bushfires.

Koalas have lost 80% of habitat from their former range and are severely fragmented throughout in what remains. 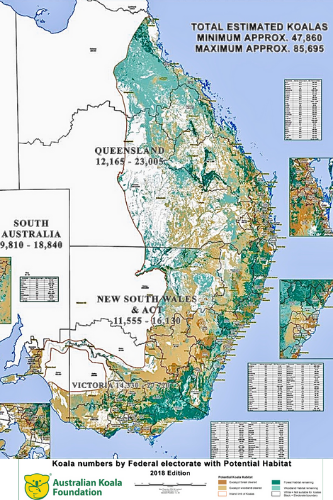 1. The Project will achieve species recovery with Koala Ark being the first project to impact the trajectory of wild Koalas in NSW by protecting approximately 7% of the wild population.

2. Koala Ark will enable rehabilitated Koalas to be released to a safe wild environment with a soft release into 3 stages of wild environments (400Ha, 1000Ha, and 5000Ha) all which are monitored and managed for their protection.

3. Koala Ark will move into habitat recovery, protecting 7,000 hectares of habitat for Koala.

Aussie Ark prides itself on its pioneering successes in species recovery of threatened Australian wildlife through the establishment of robust insurance programs that are genetically representative of their species and behaviourally suitable for wild release, all while achieving cost-effectiveness and creating populations suitable for re-wildling. 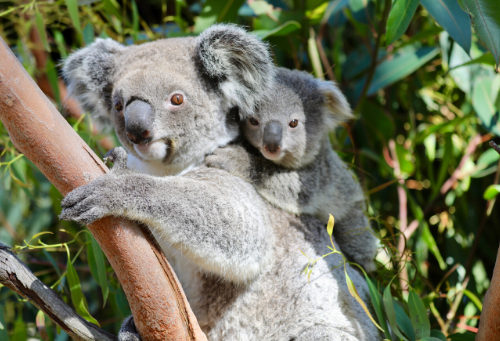 Koala Ark as a project of Aussie Ark will deliver the following actions:

• Protection of 7,000 hectares of Koala habitat within the NSW Barrington region through exclusion fencing

• Secure a wild population of 1,000-1,500 Koalas (Koala home ranges can be between 2-4 hectare per individual in suitable habitat. With over half of Koala Ark being preferred Koala habitat, over 1,300 Koalas will call Koala Ark home.)

• Long-term monitoring of the sanctuary by field officers