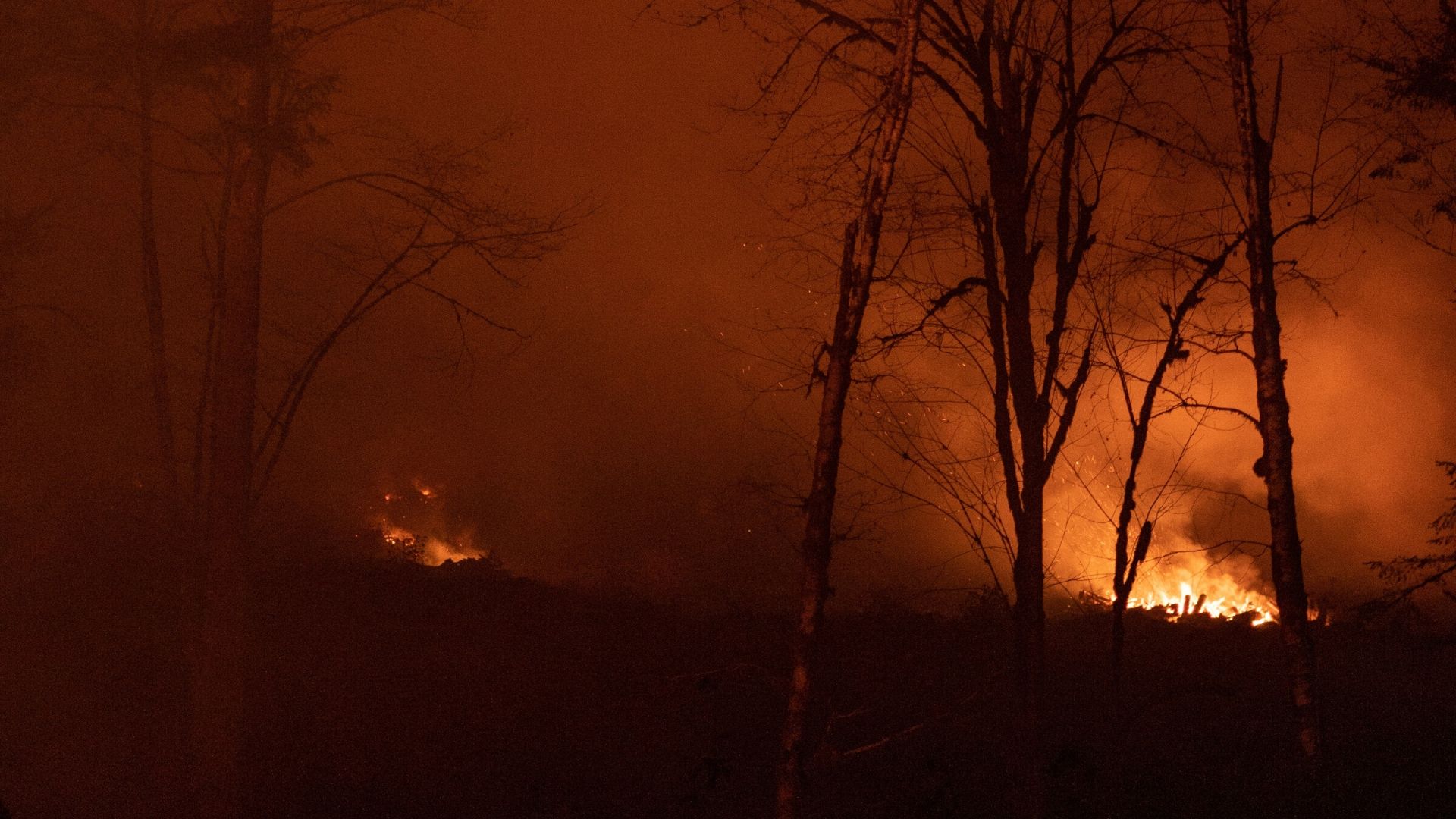 The recent wildfires were the worst in Australian history, with over 10 million hectares (24 million acres) of Australia’s land burned, including 5 million hectares (12 million acres) incinerated in NSW alone. Reports include over 2,500 buildings having been destroyed and 75 people known to have perished. The conditions were exacerbated by a severe and long-existing drought and strong winds that have caused the fires to spread rapidly. Drought caused starvation, disease and heat stress, while forcing animals to less protected areas and increasing predation. The fires have killed, injured and displaced some of Australia’s most unique animals, including koalas, kangaroos and platypus. Wildlife experts estimate that more than one billion animals have been killed due to wildfire, including up to 30% of the Koala population living in New South Wales. This is particularly devastating for the country with the highest rate of mammalian extinctions on Earth.

We cannot bring back what has already been lost. We CAN protect what is left – but we need your help!

Aussie Ark is proudly working on the front line to protect what is left. The “Australian Wildfire Fund” has been established to assist with on-the-ground action, specifically to:

• Implement long-term solutions to restore and repopulate unique ecosystems destroyed by the fires, increasing climate resilience and reducing the threat of future events of this severity

Aussie Ark is still in the field, assessing populations of Australian wildlife, relocating those in need, and providing veterinary care to those that are suffering. Below are some of the projects assisting our wildlife in need:

Aussie Ark has been in the development stages of Koala Ark well before the recent Wildfire crisis, due to their ongoing loss of habitat and decline in populations. The recent environmental tragedy has highlighted the need for a long-term sanctuary for our most iconic species. Somewhere that includes critical Koala habitat and long-term protection from the threats they face in the wild.

Koala Ark will provide sanctuary for up to 1,500 individual Koalas. Aussie Ark has secured 5,750 hectares of wilderness including preferred Koala habitat, in the spectacular Barrington Tops of New South Wales. Koala Ark will protect this habitat and manage it to benefit our remaining Koalas. Koala Ark will also be made available through the correct processes for injured and displaced Koalas to call home.

Brush-tail rock-wallaby (BTRW) populations that were already considered endangered pre-fires faced massive and critical decline across NSW due to the 2019-2020 wildlife crisis. The size of the NSW priority sites for this species pre-wildfire was completely incinerated, with another 5 being at imminent risk. What individuals are left are vulnerable to starvation with little to no food available, thirst due to drought, and increased risk of predation and road strike.

Aussie Ark has observed this first-hand in the remaining population in the NSW Barrington region and has been on the ground fighting for the survival of those that remain.

For many months, Aussie Ark monitored the affected areas weekly utilising cameras, and on the ground, field officers conducted supplementary food drops so as to support and monitor local populations.

Brush-tailed rock-wallabies (BTRW) are a species that Aussie Ark has worked with long before recent events, inclusive of an insurance breeding population on-site at Aussie Ark.

Aussie Ark provided homes for displaced and rescued Brush-tail rock-wallabies through its specialised and purpose-built BTRW facility, and additional wild sanctuary where our remaining rock-wallabies have been protected from the threats they are facing throughout their natural range.

Australia’s river systems have been in long-term distress from drought, which has been exacerbated by recent wildfire and the need to utilise water for fire-fighting efforts. Our Australian freshwater turtles that rely entirely on the health of the river are at risk of completely disappearing.

Hunter River turtles are found only in the Hunter River and mostly to a short stretch at Moonan Flat. For months, Aussie Ark staff have been on the ground assessing the damages and collecting turtles from the previously dried up river. Over 160 turtles have been relocated to deeper pools, with 30 being brought into care, due to malnourishment and the need for rehabilitation which Aussie Ark is providing.

Aussie Ark is currently building an insurance population for this species to ensure its long-term survival and release back to a healthy Hunter river once it is possible.

In Spring 2020, Aussie Ark began the construction of its second specialised breeding facility for the endangered species, located at the Australian Reptile Park. Having already built a smaller facility for the Hunter River turtle, this facility will also protect the imperilled Bell’s turtle.

Considered one of the most unique species in the world, the platypus relies on the freshwater river system to provide its home and food source. Due to the long-term decline of aquatic systems as a result of the drought, the platypus’ habitat has collapsed during and following the bushfires with little to no remaining water in many rivers, no food availability, high bacteria levels in stagnant water, and severely impacted riverbanks.

Nowadays, even with the rivers water level rising and the slow recovery of its habitat, the species remains in critical need of assistance in order to survive.

Aussie Ark teams are committed to helping this species in the NSW Barrington area. Aussie Ark staff have been conducting relocation of platypus to deeper pools acre and will continue to monitor the waterways to ensure the safety and wellbeing of the animals, and that no further intervention is needed.

Months after the environmental tragedy, Australians from all over the country are able to observe green sprouts peeking through the ground and rivers water level rising, bringing charred and waterless landscapes back to life.

Nonetheless, billions of animals lost their lives in the fires and their habitats suffered tremendously. Countless species may never fully recover, and their population numbers may take decades to get back to what it was before the carnage.

Our frail wildlife still needs our help in rebuilding and ensuring its future.

How Can You Help?

Ways You Can Help At Home:

Leave water out for wildlife in dishes, trays and buckets. Ensure you put rocks/ sticks in the water so smaller animals can get out if they fall in. Try to put water in shade so it can stay as cool as possible.

Kangaroos and wallabies – the safest food is grass pellets (pony pellets, horse fattener pellets, macropod pellets). Please do NOT feed animal pellets that contain seeds. Pellets do break down in the rain, so put them under cover e.g. in hollowed out trees or under rock shelves or under fallen logs. Root vegetables including sweet potato and carrots. Corn is not great as it can cause mouth issues in the species. You can also give them dark green vegetables like kale and endive. Native foods (flowers, leaves, grasses) are best, but with the drought and fires they’re in short supply.

Possums – Possums thrive on a high vegetable diet, with not much fruit as sugars can make them aggressive and upset their gut. Fantastic foods for possums include sweet potato, corn, carrot, dark green leafy vegetables including kale and endive. They can have some fruits, but they need to be cut up into 1cm chunks. They prefer apple and do NOT feed citrus. Similar to the kangaroos and wallabies, native foods (flowers, leaves, grasses) are best, but with the drought and fires they’re in short supply.

Birds – please remember fruit and birdseed are dangerous for kangaroos and possums. Please don’t feed these anywhere where there may be other climbing or hopping wildlife (which is almost anywhere). Putting it high in a tree is still risky. Possums can reach it, and they can drop it on the ground where kangaroos will eat it. What birds need most desperately is water. Most birds can fly long distances to new places to find food, as long as they have water.