Posted at 11:29h in About by Craig Clark

Rewilding is defined as “the planned reintroduction of a plant or animal species and especially a keystone species or apex predator into a habitat from which it has disappeared (as from hunting or habitat destruction) in an effort to increase biodiversity and restore the health of an ecosystem.” 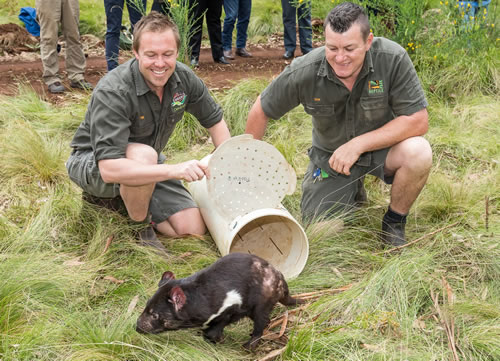 Our planet is changing rapidly and human population growth sees no sign of abating. As a result, biodiversity is disappearing at an ever-increasing rate – a rate that is beyond the normal rate of extinction. Since the colonisation of Man, we have caused biological catastrophes – habitat loss to make room for development, grazing, insecticide, pollution, over-harvesting, introduction of invasive species, you name it humans have done it. We are now in the sixth wave of mass extinction, also known as the Anthropocene. This means that we are now living in an era named after the impacts caused by us, humans.

Biodiversity is the interconnected web of life. It includes every living thing on Earth and the complex ecosystems where plants and animals live and interact with each other. Drivers of biodiversity loss include:

Too little, too late? NO!

Australia is considered as one of the world’s ‘mega-diverse’ countries, with many of our species endemic, that means, unique to this continent. Between 7–10% of all species of Earth occur in Australia, yet 10% of globally recorded extinctions have occurred here and continues to escalate. We cannot afford to repeat the scenarios of species already extinct.

A trophic cascade occurs when a predator is taken out of the system, resulting in a ripple effect that cascades from the top to the bottom within the entire ecosystem. We have had trophic cascades occur as native predators such as the Tasmanian tiger, the Tasmanian devil and even the Dingo were removed or impacted by disease or habitat loss. A species can be functionally or ecologically extinct when several remain but can no longer interact within the ecosystem. 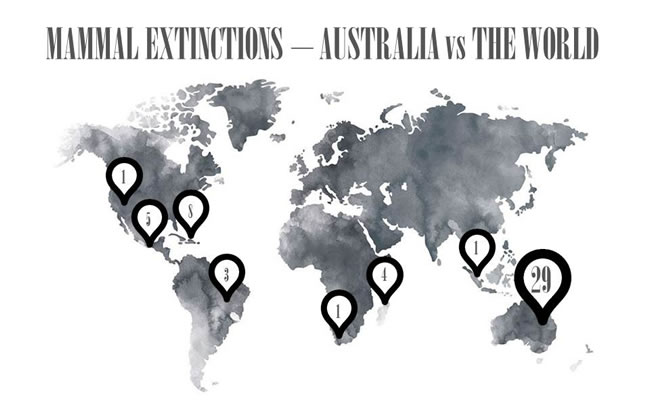 “The goal of rewilding is not to restore a painting that then needs curating, it is about restoring a system that can come to look after itself.” – Wouter Helmer, Head of Rewilding, Europe

Aussie Ark supports this sentiment. The Ark’s concept recognises that ecosystems are complex and require a full assemblage of the fauna to function properly. By returning our native mammals to the landscape, Aussie Ark will provide a valuable research tool for better understanding of the vital and complex interactions between our ecosystem engineers (bettongs, bandicoots and potoroos) and our ecosystem regulators (quolls and devils).

There is no defined endpoint for rewilding. The aim is to support nature-driven processes, which in turn will bring about wilder nature. This takes time and space. Rewilding is about progressing by moving up a scale of wildness.

Rewilding is taking action – it is building self-sustainable ecosystems for our future generations. These ecosystems will need little interference from humans, and hold the ability to improve the local flora and fauna, helping to bring back small Australian mammal species from the brink of extinction. Australia’s devastating mammal extinction rate means that drastic measures must be taken, rewilding is performance-driven, cost-effective and beneficial for all involved.

“We hope, above all, to show that destruction is not the inexorable fate of living systems. With a little help they can recover and flourish once more.” – George Monbiot, Author of Feral, the idea behind Rewilding Britain. 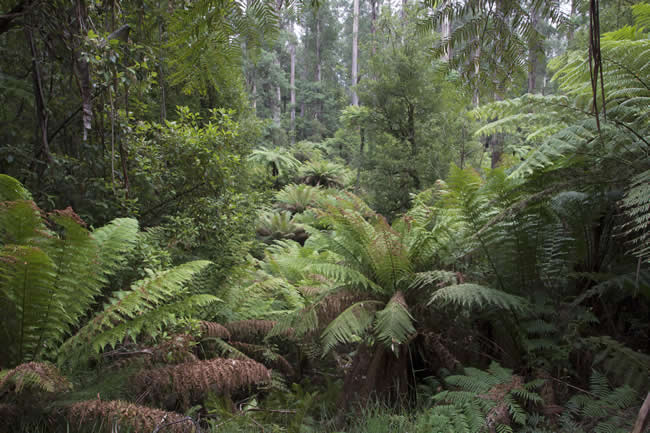 Rewilding is the process of restoring wilderness. There are 3 independent features that characterize rewilding:

Rewilding is the restoration and protection of natural processes and wilderness areas, providing connectivity between such areas, and protecting or reintroducing apex predators and keystone species to bring back ecological dynamics and let nature take its course. There have been some great success stories where the reintroduction of native species has restored the once-ailing ecosystems in Europe and North America.

Ecosystems are composed of living organisms in habitats that connect and depend on each other. If any component is taken out of the food chain or becomes unbalanced, it has negative consequences for the entire ecosystem.

Ecosystem engineers reinstate the processes lost due to the local extinction of such species, such as seed dispersal, scavenging, predation and grazing.

Aussie Ark aims to reintroduce 7 native species back to where they once used to roam, high in the hills of the Barrington Tops. This reintroduction in their original range will establish a self-sustaining population.

Reintroduction of Apex predators in Australia

When we kill off big apex predators such as Tasmanian devils, dingoes and carnivorous marsupials, we not only lose prominent species, but also the key ecological and evolutionary process of top-down regulation. Restoring such species back to the wild is essential for ecological restoration.

Since the demise of the Tasmanian tiger, there is a strong argument to reintroduce apex predators such as the Tasmanian devil, as they are the natural competitors and predators of introduced species such as foxes and feral cats.

The Tasmanian devil and dingo can reset the balance of predator-prey interactions provide our threatened marsupials a change at survival.

Tasmanian devils can co-exist with species of native mammals that are highly susceptible to fox and cat predation. They may not directly prey on foxes and cats, but provide enough competition on prey or kill their young to suppress population growth.

The reintroduction of the Tasmanian devil back onto the mainland after its 500-year absence may help build back the communities of affected mammal communities. Other species such as the Tasmanian bettong (Eastern bettong) and Eastern quoll which currently only exist in Tasmania, may also be introduced to recover populations and bring back mammal diversity and improve ecosystem functionality.